Use this sample resume 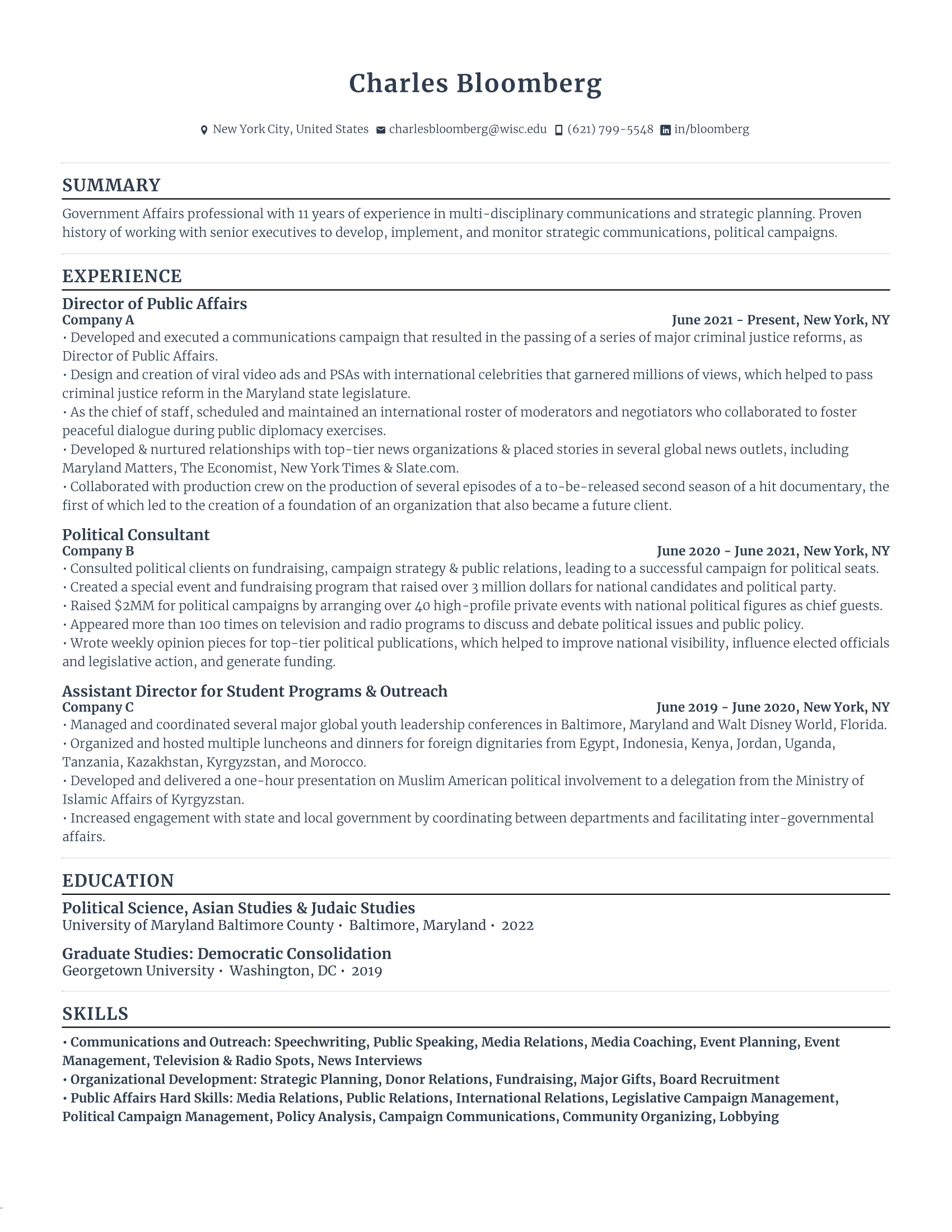 Available formats for your Whether you have 2 resumes or 200, our Rezi is developed to effortlessly create tailored resumes for specific job descriptions. Leverage automation to move fast, while always creating resumes that get you noticed.
Create your Rezi account 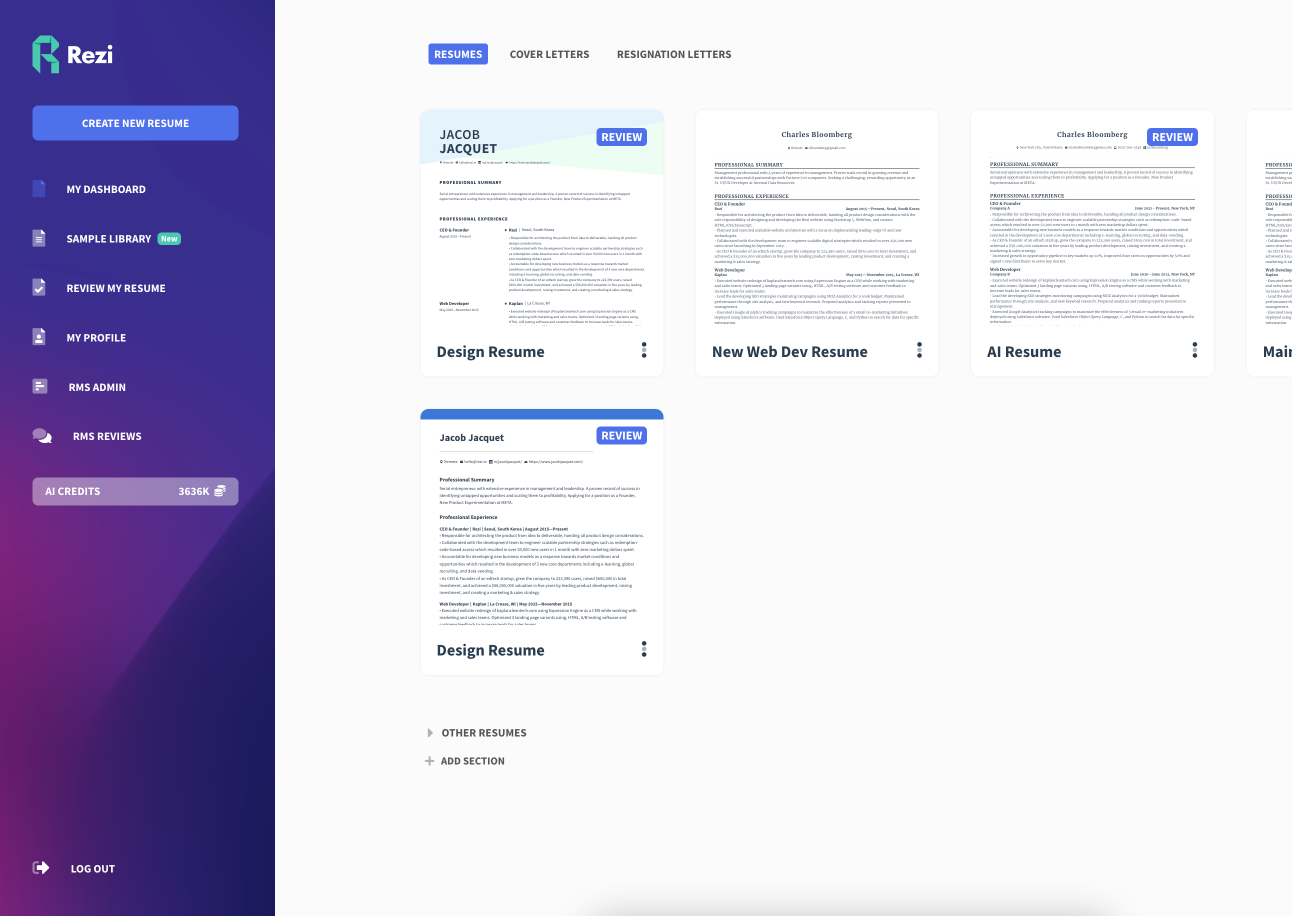 Work at the speed of thought

Rezi AI is powerful, capable, and packed with everything you need to bring your resume to the next level. Articulate your achievements and creativity further than you can imagine. No matter who you are, or what job you want to do, Rezi can make it happen.
Create your Rezi account 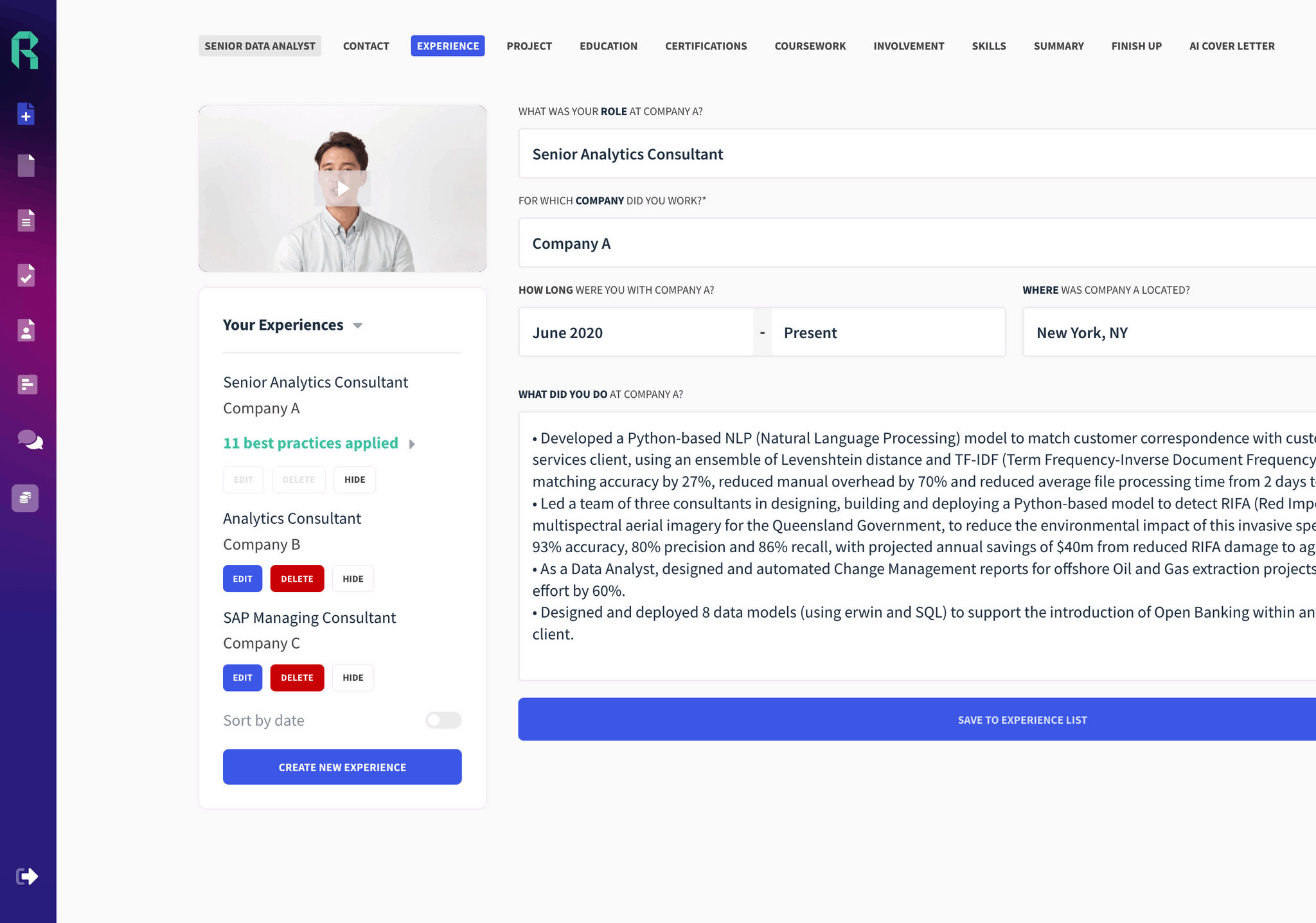 Rezi makes it easy to feel confident about your resume. With features that help you understand how well you've create your resume, and lets you know exactly what needs to be improved and where.
Create your Rezi account 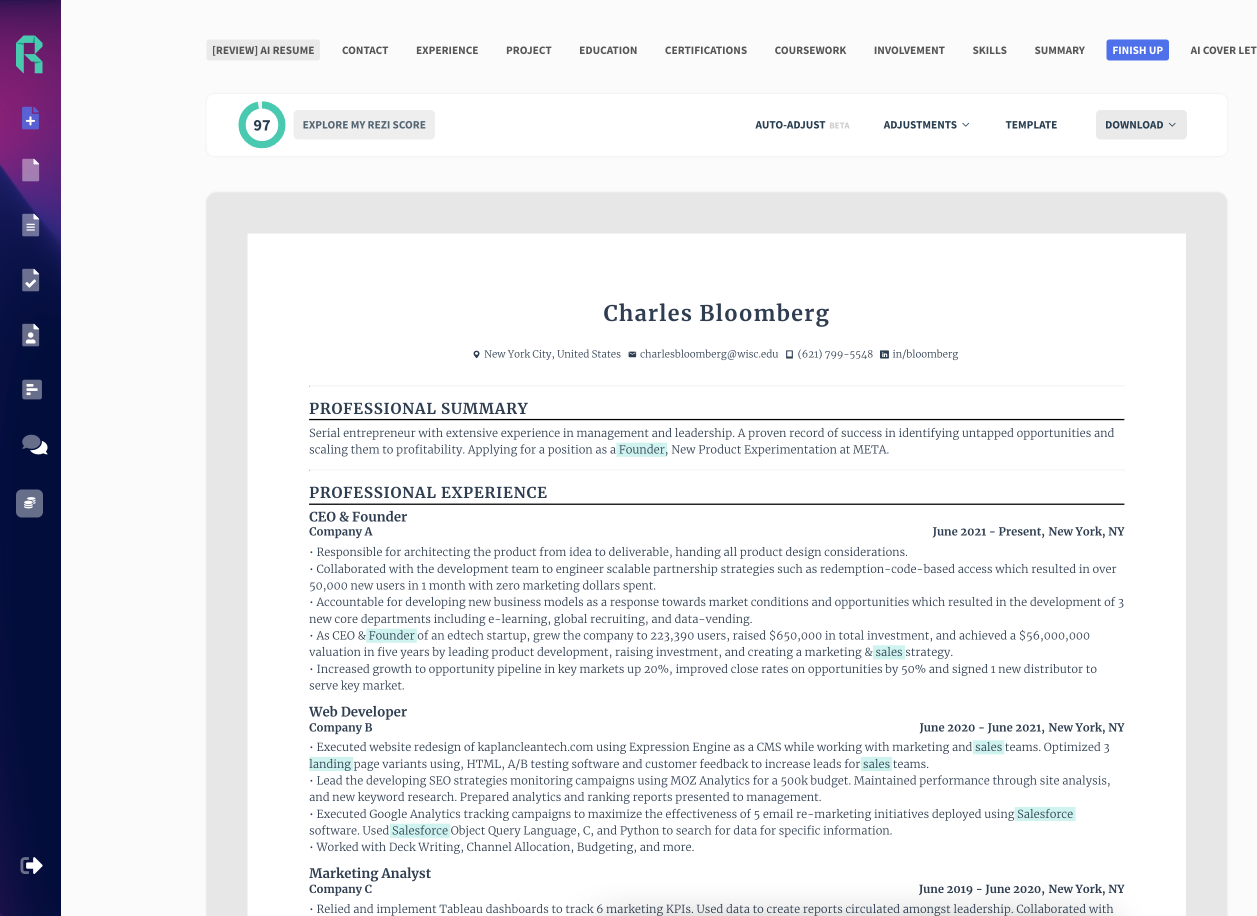 Get started for free and find out what you can accomplish with the power of Rezi.
Build your resume - It's free!

• Developed and executed a communications campaign that resulted in the passing of a series of major criminal justice reforms, as Director of Public Affairs.
• Design and creation of viral video ads and PSAs with international celebrities that garnered millions of views, which helped to passcriminal justice reform in the Maryland state legislature.
• As the chief of staff, scheduled and maintained an international roster of moderators and negotiators who collaborated to fosterpeaceful dialogue during public diplomacy exercises.
• Developed & nurtured relationships with top-tier news organizations & placed stories in several global news outlets, includingMaryland Matters, The Economist, New York Times & Slate.com.
• Collaborated with production crew on the production of several episodes of a to-be-released second season of a hit documentary, thefirst of which led to the creation of a foundation of an organization that also became a future client.