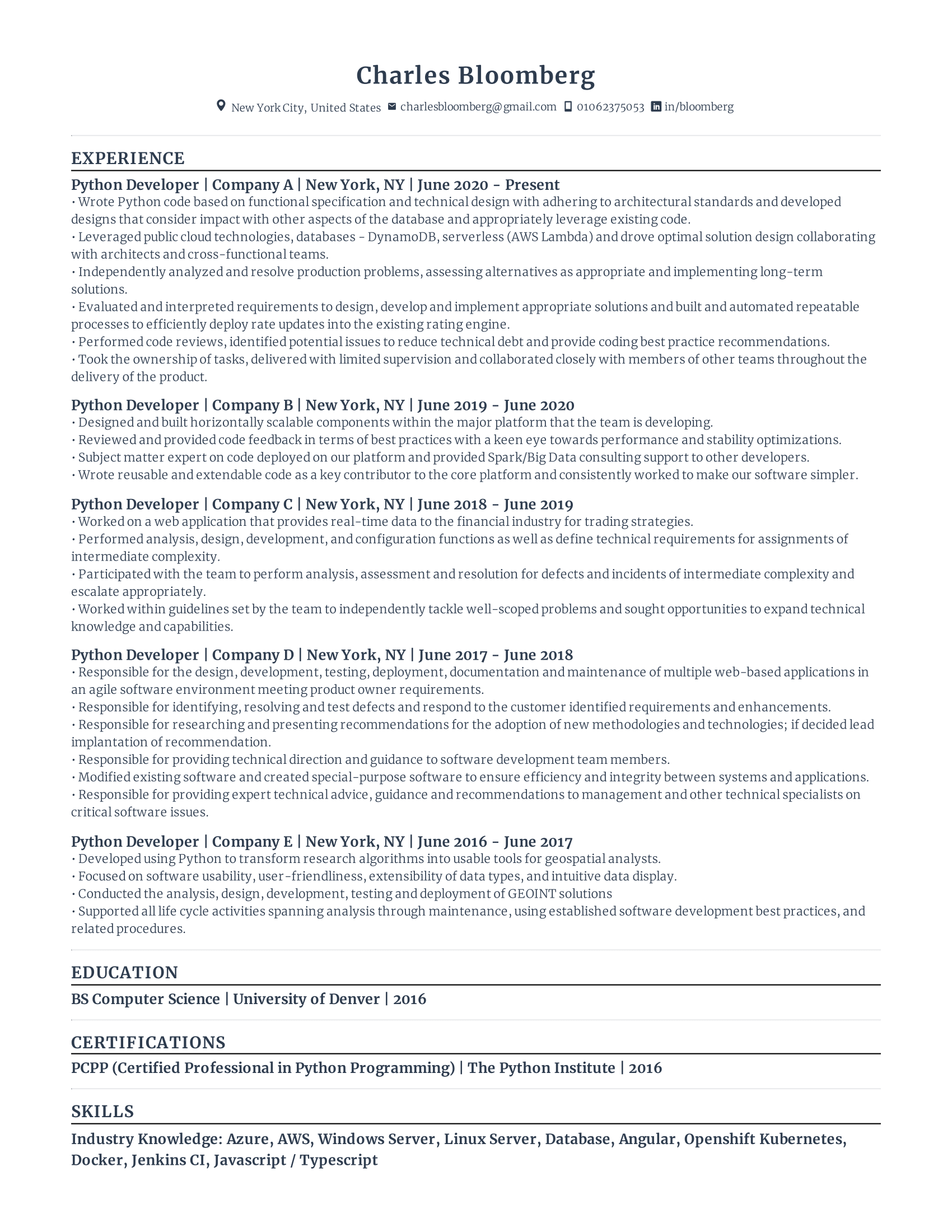 More about this resume:

Where can I use this resume?

https://app.rezi.io/samples/ - First you'll need to create a free Rezi account, next you can navigate to the Sample Library page within your dashboard 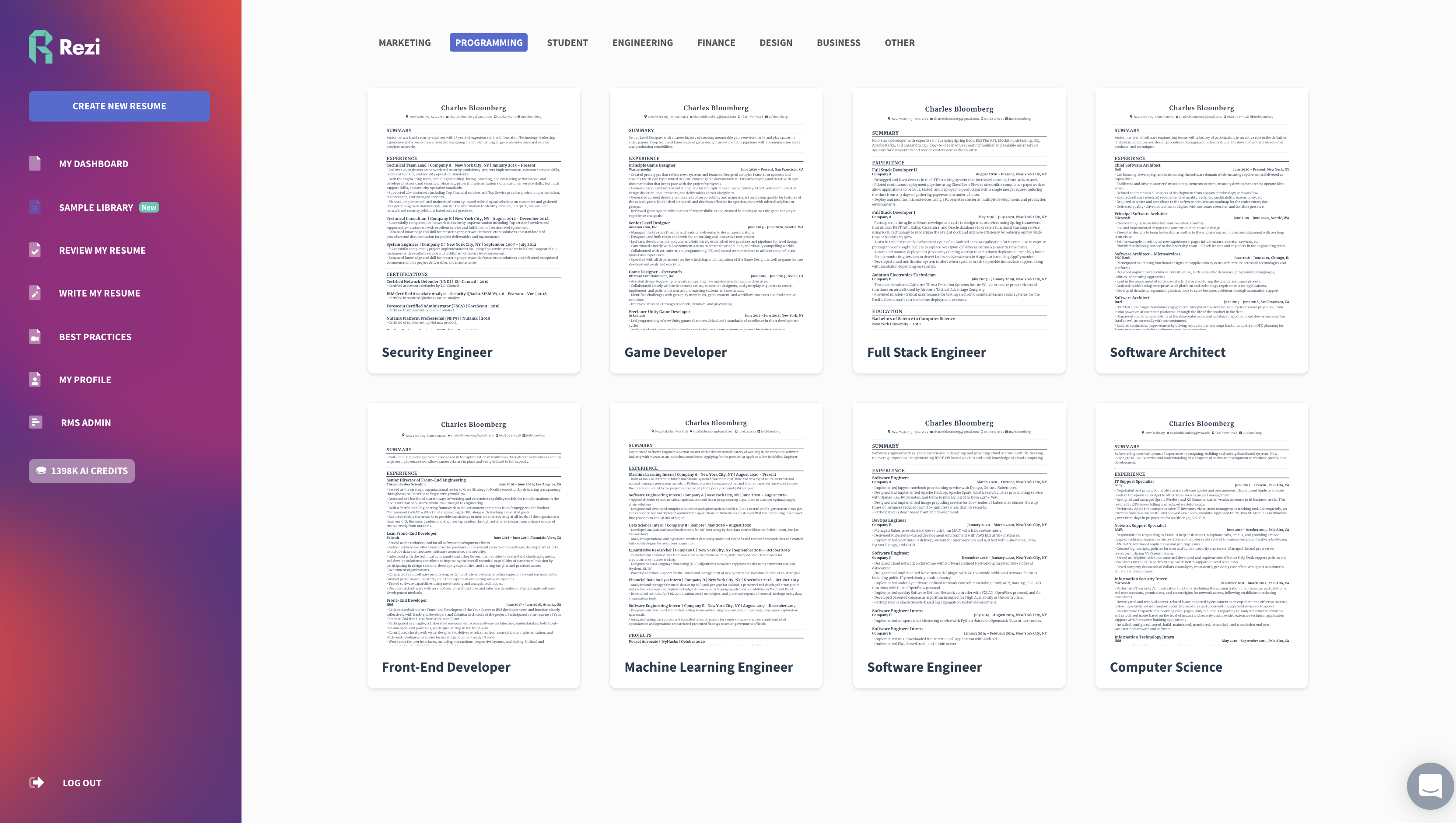 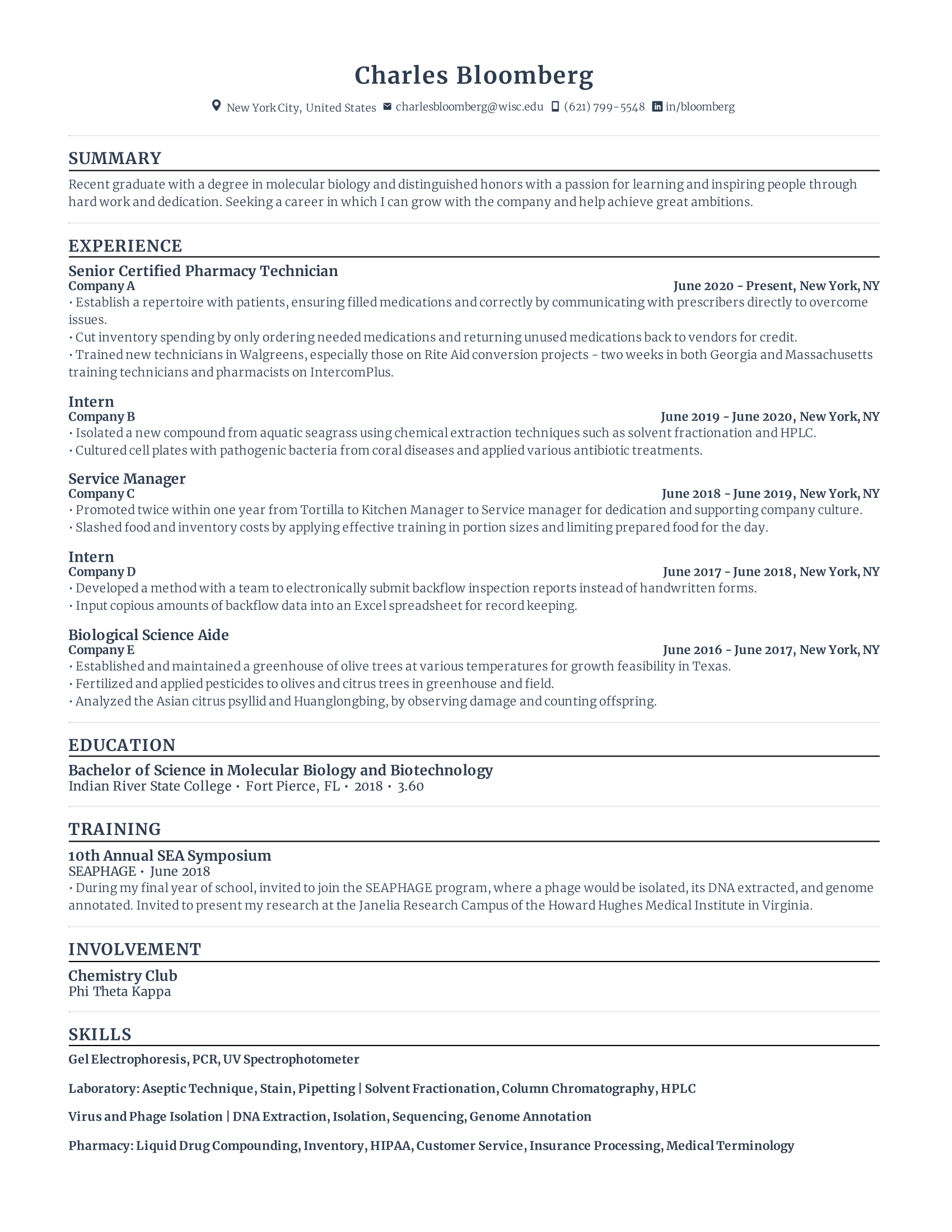 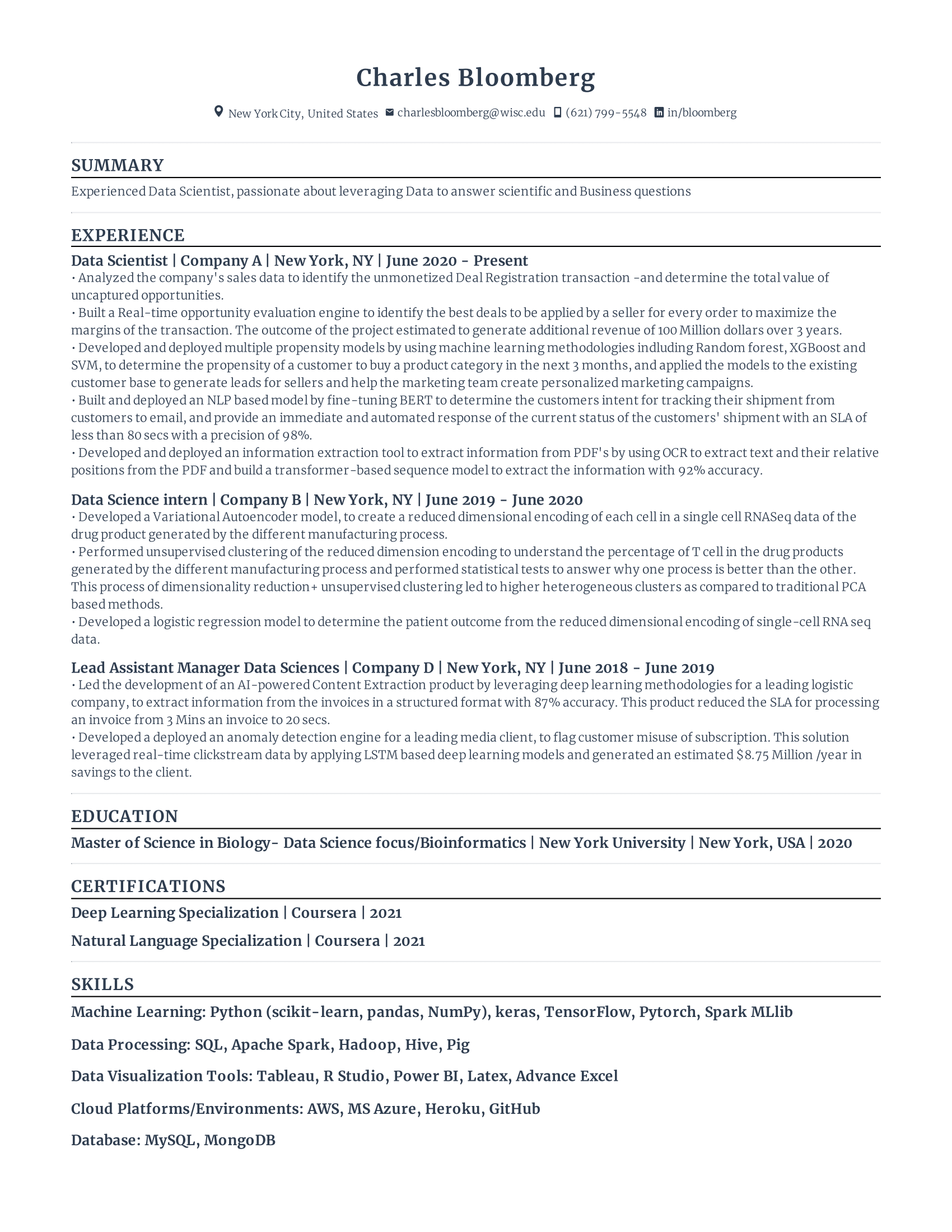 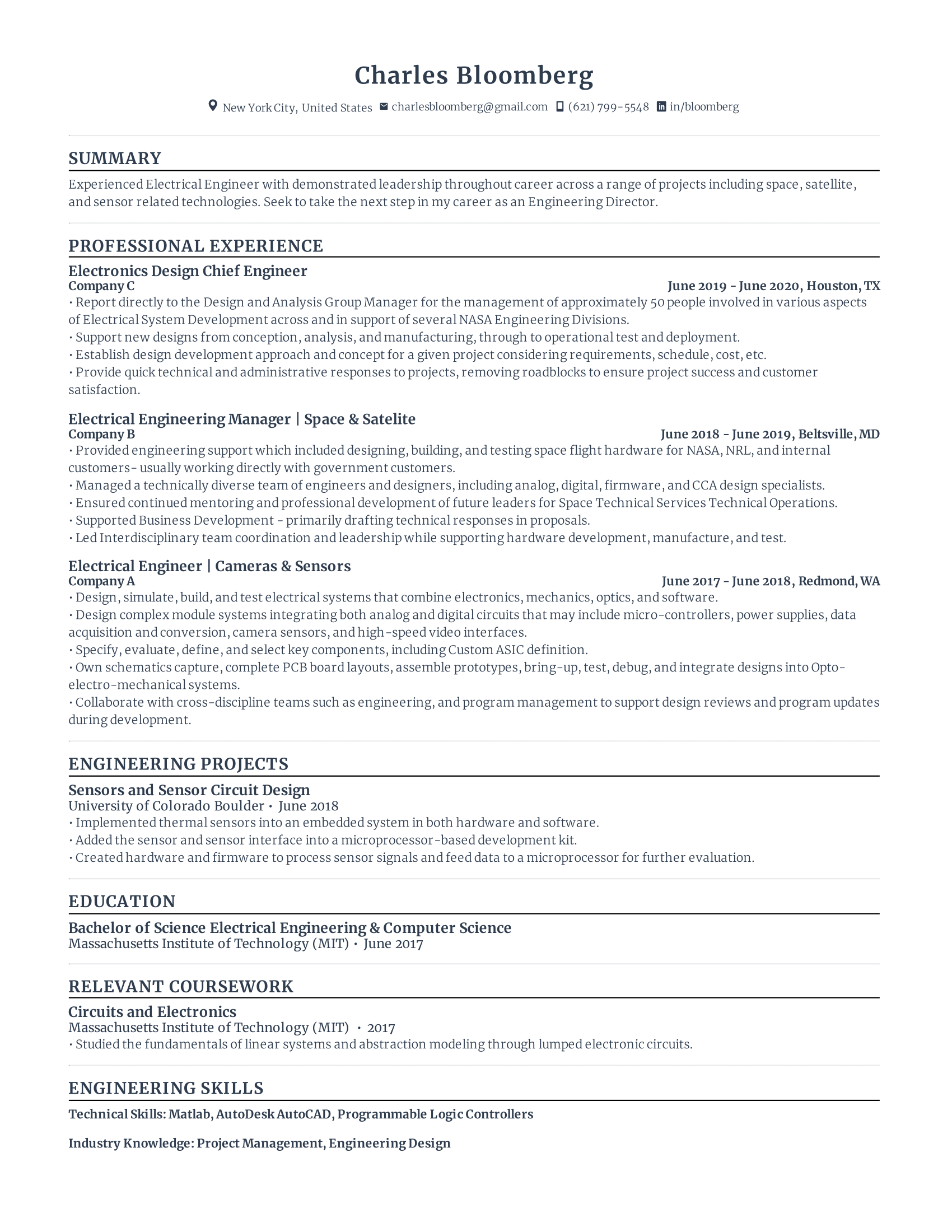